Hello, Hello, Hello and Happy almost Easter!
Just wanted to pop a few cards up that I've made over the last 2 days. It's a compilation of several themes, but thought some of them might be inspiring if you're in need of some more ideas.

Here is my commissioned card for a 65th Anniversary. 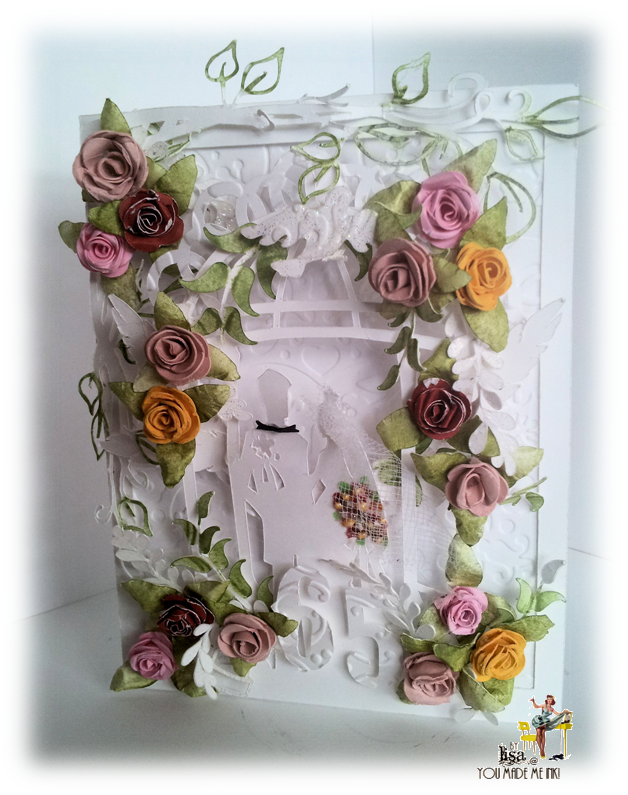 Another commissioned card for a 50th.
Gold Anniversary 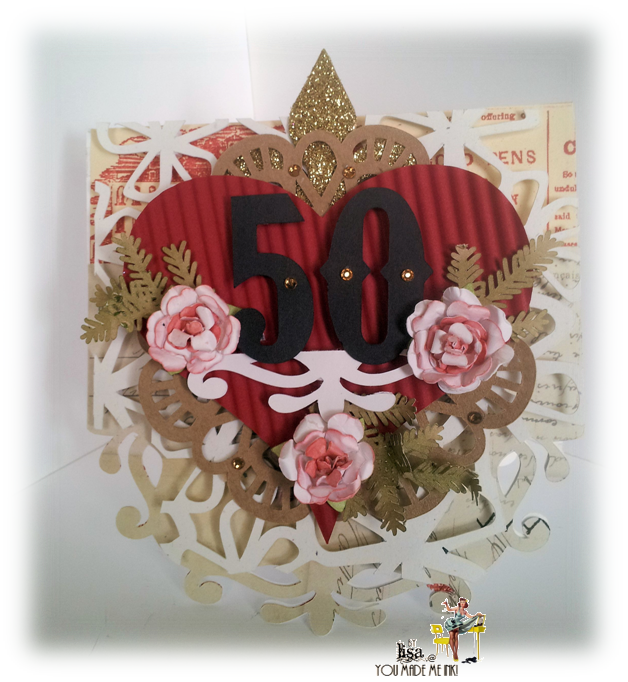 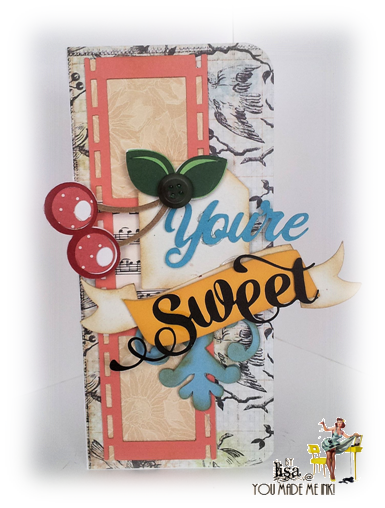 I'm not that brave at making sympathy cards because I never know if they should be bland or over the top pretty... but here's what I came up with.
Sympathy  Card 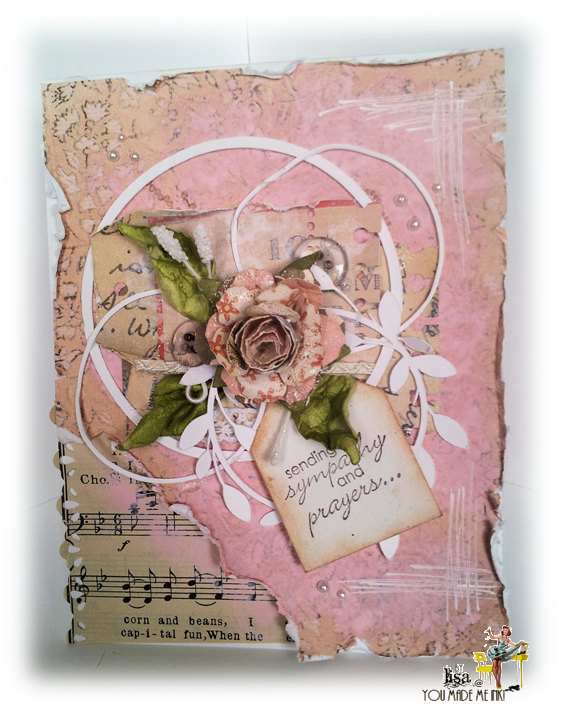 I just read the musical paper and not sure what corn and beans have to do with sending sympathy, but....

Also, while my voice was out, the Hubster and I celebrated our anniversary and he got a nice QUIET day (he says 'best gift ever' ) and this card! 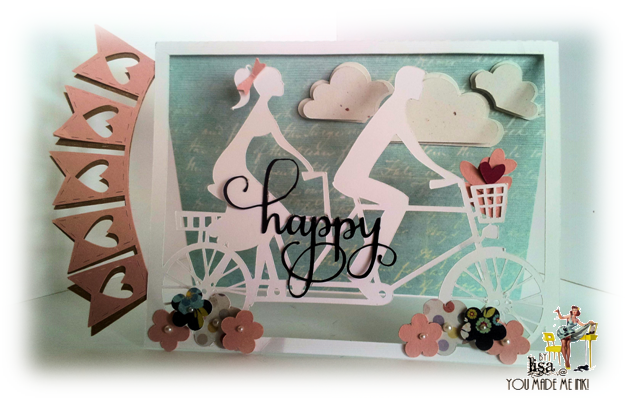 Also, have several graduation ceremonies getting ready to take place for my friends, so I thought of this idea as the money holder for my good friend's son. 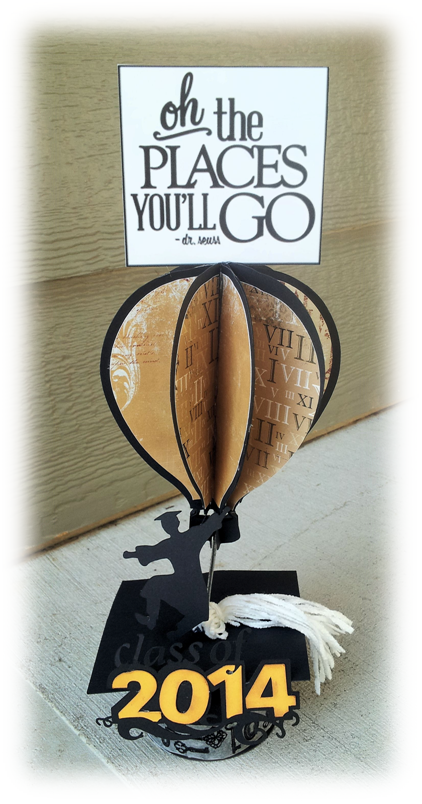 The base is a 3D graduation cap box and I've covered the bottom in Washi key tape. The top is a 3D hot air balloon that is attached with wire down through the lid of the hat. The graduate is holding on to the balloon and going forward.  A homemade tassel, year, and Dr. Seuss sentiment added.
When you grab the balloon and pull, it pulls the lid off the hat and the 'green' gift will be inside.
Centerpiece, keepsake and gift all in one. 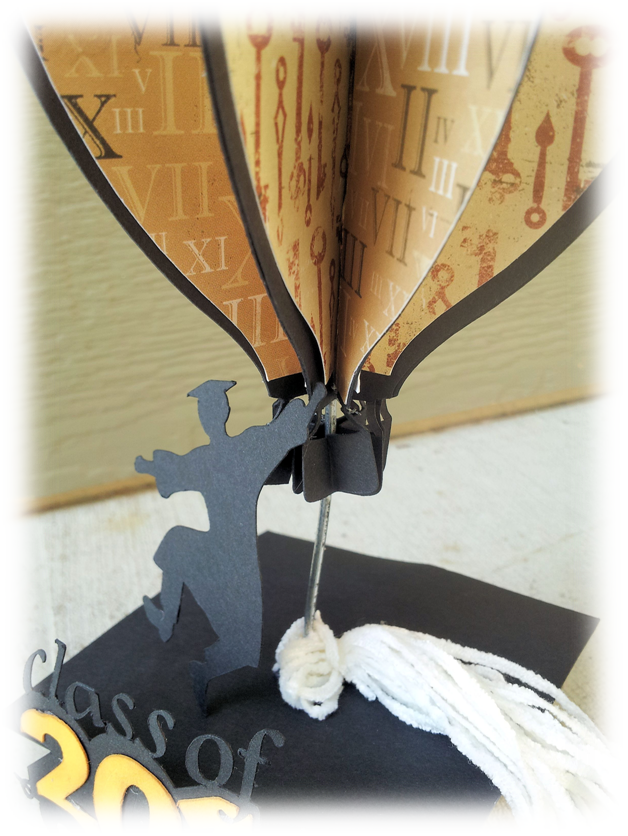 Well, it's time to go take more Mucinex (I'm feeling SO MUCH better now) and I'll be back later with a fun group project announcement.
Hope you all are doing well and thank you so much for stopping by to visit me.
HUGE hugs and happy crafting,
Lisa xx
Posted by Lisa Minckler

I absolutely love your beautiful cards Lisa but oh wow the money holder is so fabulous. I am totally blown away. Superb.

Hello Q
Amazing work and such flair!!!!
I love the Sympathy card, and the Grad creation will surely be a huge hit.
God I know I stated earlier that I am not intimidated but I was LYING!!!!!
Smiles:)
Onion

Wonderful cards and projects Lisa..the graduation balloon is amazing..the anniversary[congrats by the way] is gorgeous...and although you were unable to say much I can imagine what you thinking..lol..beautiful and just perfect sympathy card..and love your other wedding anniversary cards..beautiful designs..

I always jump in see your cards Lisa :) Your cards have made my sunday...a fun day..:D Wonderful cards all of them..first one n the one with bicycle couple n graduation one are a bit more favorite :)

Wow L2, each one is a work of art! Love the amazing inspiration of each and the grad balloon money holder is brilliant. Hope you and your hubby had a wonderful anniversary and that you are feeling much better. Before I head back to look at your gorgeous cards again I just want to wish you a very Happy Easter!! Hugs, L1

What fabulous creations, one and all Lisa. However, the graduation mortar board is a triumph!! Great work!! xx

Lisa you have been so busy. I love love the first one Especially ...the white with the beautiful flowers looks stunning!!
Cheers
Dr Sonia

These are all really fabulous Lisa !!
Kevin xx

Oh wow, this post is just FULL of gorgossity, Lisa!!! I totally love your retro one - the third - and I love that you've adapted your style according to the occasion.

Glad you are feeling better - hope you are 100% chatting again!

Amazing creations!!! Love them all and the graduation card/gift wowzer! Happy Easter and glad to hear you are feeling much better.

You are uber uber creative Lisa. Love them all, especially the clever graduate one. Glad you are feeling better and hope you've had a lovely Easter with lots of choccy bunnies. Nicola x

Each and every one of these is a joy to look at! Love the silhouettes and the gorgeous rose trellis. Hope you had a happy Easter!

Each card is just as amazing as you are! Happy Anniversary to you and your husband!

You are a paper crafting architect! Awesome delights!!!

This is by the way, my second time here! The first time I got to the hot air ballon and my eye balls fell out. They are back in now and I'm over my shocked delight and capable again of typing! FANTASTIC JOB for all those amazing cards!

I am too also finally caught up after Easter. House showing Sunday that involved us and another one Monday. PHEW! I think it's over for now!

Wow!!! You are so amazing Lisa:).. Stunning cards, everyone is so beautiful! Your Air balloon is incredible!!
Hope you have your voice back now and are feeling much better:)
Also 'Thank You' for your advice on a cutting machine, haven't bought one yet I didn't realise they came with such a high price tag lol!! It might have to go on Santa's wish list lol!!
Love and Hugs,
Marjorie xx

hi Lisa.....how are you....sending huge Easter Hugs from Scotland....You have certainly been very creative recently, much more than me !! I adore your work you are such a talented artist. Take care and crafty hugs Annie x

A post full of inspiration indeed! They're all fabulous cards. I'm especially impressed by your sympathy card, I find them so hard to do, trying to find a balance of not too sad nor too cheerful. To me the soft colors and delicate design are so right for such a card.

Glad to hear you're on the mend Twang. I'm just starting with the crud. No fun to wake up in the middle is the night trying to expel a lung. You've been a busy girl. Each one of your cards has a clever design. I'm sure everyone was thrilled. Although I haven't yet, I told my hubby I might be losing my voice. He just smiled. We don't talk that much, do we? ;-) Hugs!

So glad to hear you're feeling better, Lisa - hope you continue on the path to full voice (one quiet anniversary is enough, surely? Congratulations btw!)...

Absolutely wonderful cards here - the sympathy card is utterly lovely, and that money-holder is so clever at the end. Love the first one too, with those delicate die-cuts and pretty flowers... So much eye candy in one post!!
Alison xx

These are all so beautiful! I struggle with sympathy cards too. I always ask myself the same questions as you! Your sympathy card is beautiful and sure to touch the heart of the recipient. :)

All these creations are fab and oh so creative (as always). I love the money holder...very cool. Mucinex is the most awesome stuff eva...love that stuff. Hope you're doing better.

Hi Lisa
SOOOO glad you are feeling better now...wowzers you have some amaing projects to share today..i am blown away ...loving the money holder...
happy crafting
tracey x

Fabulous collection of cards. Love the milestone anniversary ones, plus the one you did for Eric and that money holder is really cool too.

Gorgeous anniversary cards and I love that you didn't go with the traditional all gold for the 50!
The sympathy card is beautiful and serene (perfect in my opinion), and I think the song lyrics add a nice little touch of whimsy that can bring a smile to a sad face!
Your graduation money holder is outstanding!! Like jaw hitting the floor amazing!!