I had this weird idea.  Ready?
Rather than just spend countless hours pinning ideas on Pinterest...I'm actually gonna DO some of them!
I know...wth...right? 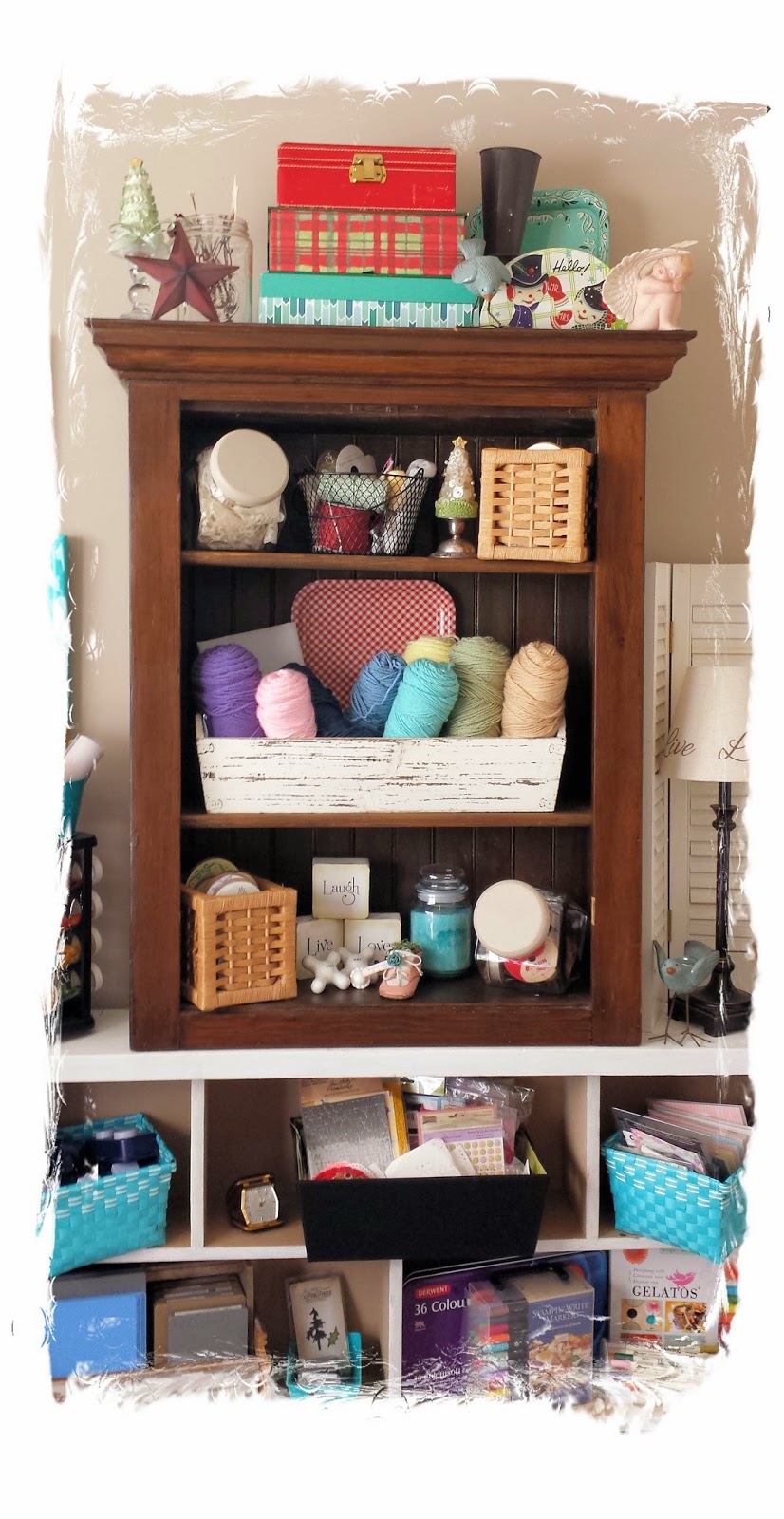 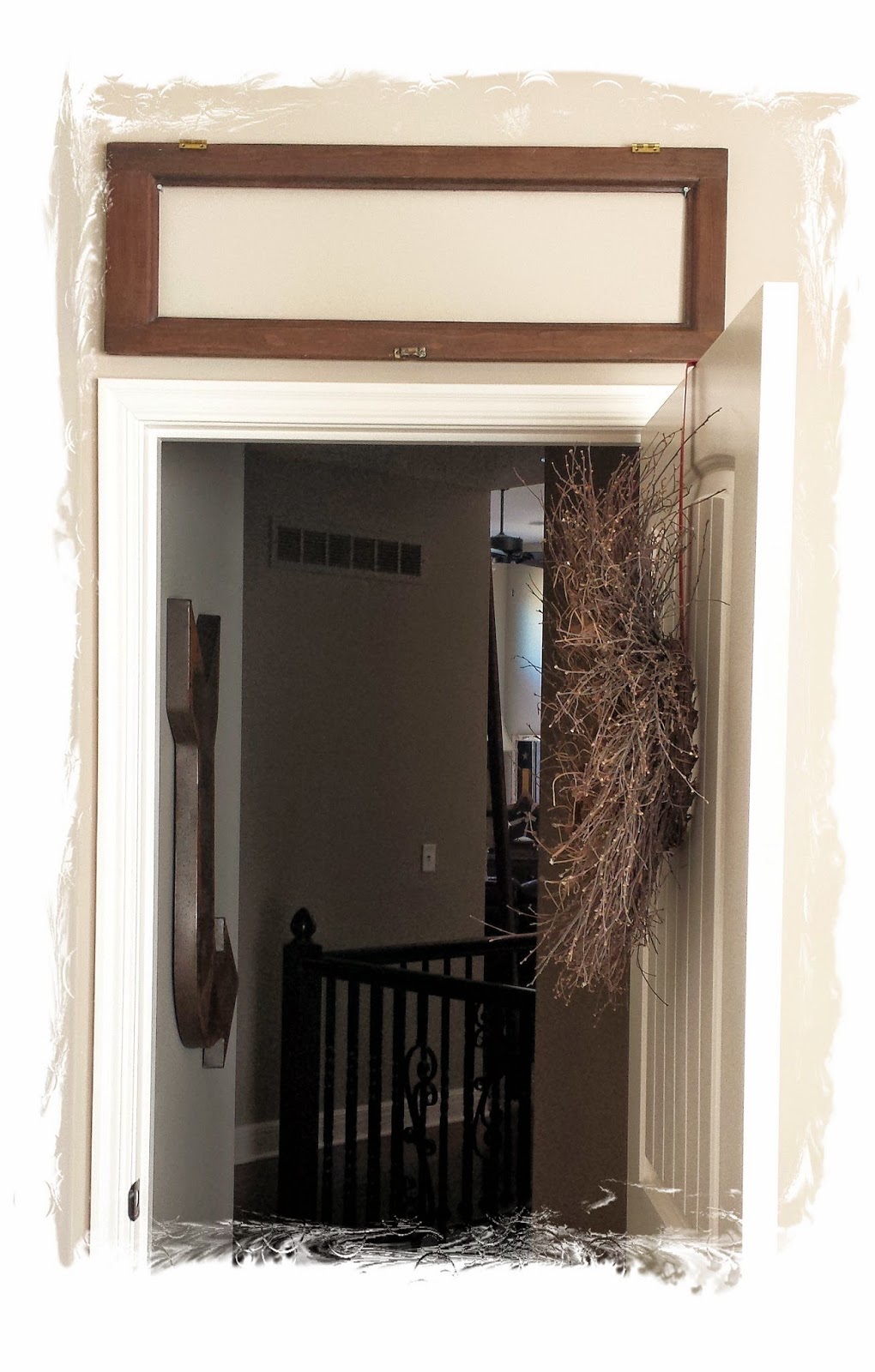 The filled cabinet up above actually has had doors but they only served to get in my way, so instead, they became picture frames.
Using my silhouette cutting machine, I designed the font styles and sizes and then adhered the vinyl letters to the wall.

I've since removed the side flourishes...that was completely experimental and they didn't make the cut, but the vinyl saying inside did.
There you have it..
1 pin down and 3,999 to go!

Well done and way to go! Love the expression!

What a smart, smart idea!

How great is that idea. :ove the saying and font in the frame.

I love it!! I always feel inspired when browsing Pinterest, thats awesome you stepped it up and created this pretty wall decor for your home....love it! xo

Now that IS a good idea and the frame looks fabulous Lisa.Cant wait to see the other 3,999 projects...now where is that screwdriver!!

What a brilliant idea Lisa and it looks fabulous too!! I'm off to take some doors off!! xx

Oh my gosh, what a brilliant idea Lisa!! Best recycling of a cupboard door EVER!! hugs :)

Great idea!!!! Thanks for the inspiration!

Well, that is a talent!!! And that is some extraordinary creativity!!! Not that I love this, I ADORE this fantastic project of yours!!! Bravo!!!!

Fabulous reuse! I would take the doors off too, but to make a frame - be-you-tiful!

what a great idea! lovely project to enjoy from now on. 1st time visiting your wonderful blog, full of neat ideas
from california
bibiana

I love this and what a happy wonderful thought and inspiration each time you see it.

I love it too! I can relate to the countless hours lol as I'm totally addicted to Pinterest. You have motivated me (once again) to actually make something. :) Hope your week is a great one L2! Hugs, L1

So cool! I've been slowly trying out my pins. Most of them are food related, but gotta start somewhere right! 😉 I think I'm at 10 with 10,000 to go! Thanks for stopping by the other day & leaving me such nice love!!!!

WAY beyond cool GF! I'm so sorry I've been so behind in visiting. I had a couple of weeks where I was just anti-computer then it was anti-me. LOL Hope all is well with you. Did Fred vacate the premises? Hugs!

Hi Lisa,
Great job. Fabulous expression ! Sorry I haven't been leaving any comments. Been a year since we have been looking for a new home and have just settled in Goa. Hugs
Lena

Oh bravo! Yes... to actually act on some of the pinning (though I'm not as fanatical as some, mentioning no names) - and what a result! Looking forward to lots more pinspiration projects.
Alison xx

Did I tell that I am packing the Halloween goodies you sent me? I love that witch and where I go she will go!!!
Bravo -- You give us all hope that one day we can try at least on of our pins!!
Sandy xx

Well I KNEW you were a clever girl, but didnt see this coming! Such a simple idea! Looks great - you saved money and it's totally functional! Brilliant!

OK... This is genius! Both the concept of making the things found on Pinterest AND making a frame for your vinyl lettering! Gives it a more 'finished' look!